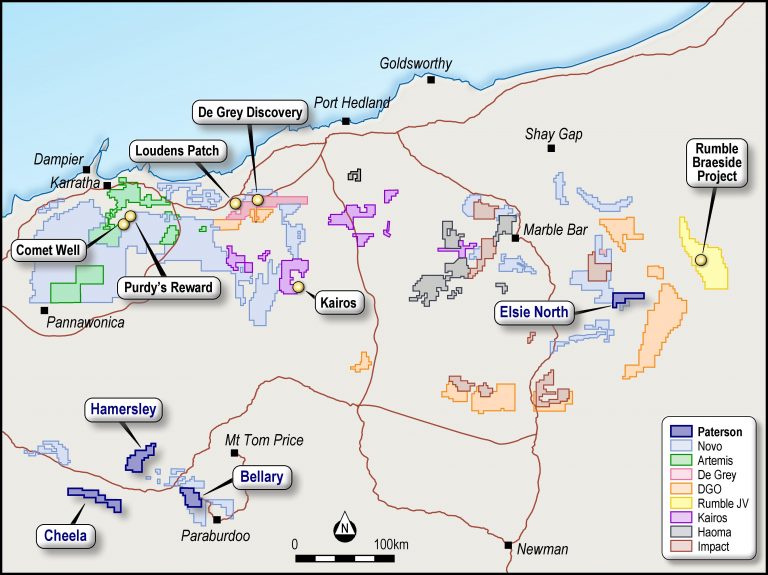 Geological field reconnaissance was carried out during May 2019. Prior to the field programme, an extensive review of historic reports and data available for the area via GSWA’s WAMEX service which highlighted potential for gold and base metals mineralisation proximal to the Big Sarah and Slate Bore prospects.  Once on site, reconnaissance was limited to the area surrounding the excised mining lease covering the Big Sarah prospect due to pastoral activity preventing access to Slate Bore. 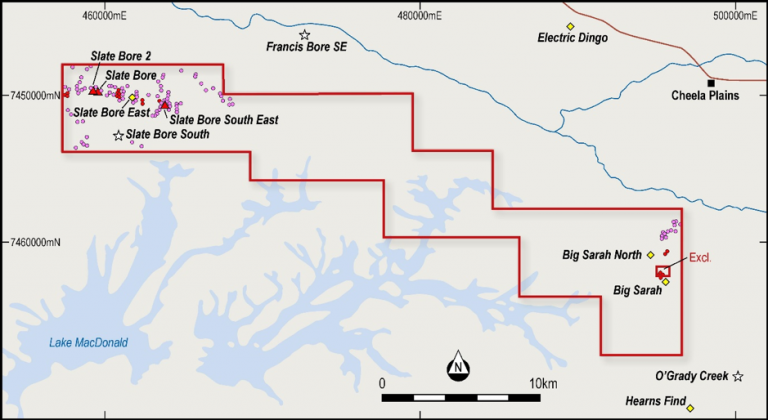 A small-scale gold mining operation can be found within the excised mining lease at Big Sarah.  A traverse conducted along a 5km stretch of a NW/SE trend from the Big Sarah not previously mapped or sampled observed regular quartz veining (“Big Sarah West”).  Although veins were relatively thin (5-10 cm), they were often present in sets up to 10m wide, hosted within altered country rock.

This geological setting yielded a number of anomalous gold results. Additional to sericite alteration, disseminated sulphides and silicification were observed around vein margins and within the country rock.  During the visit a total of 23 grab samples were collected along the 4km of strike at Big Sarah West. 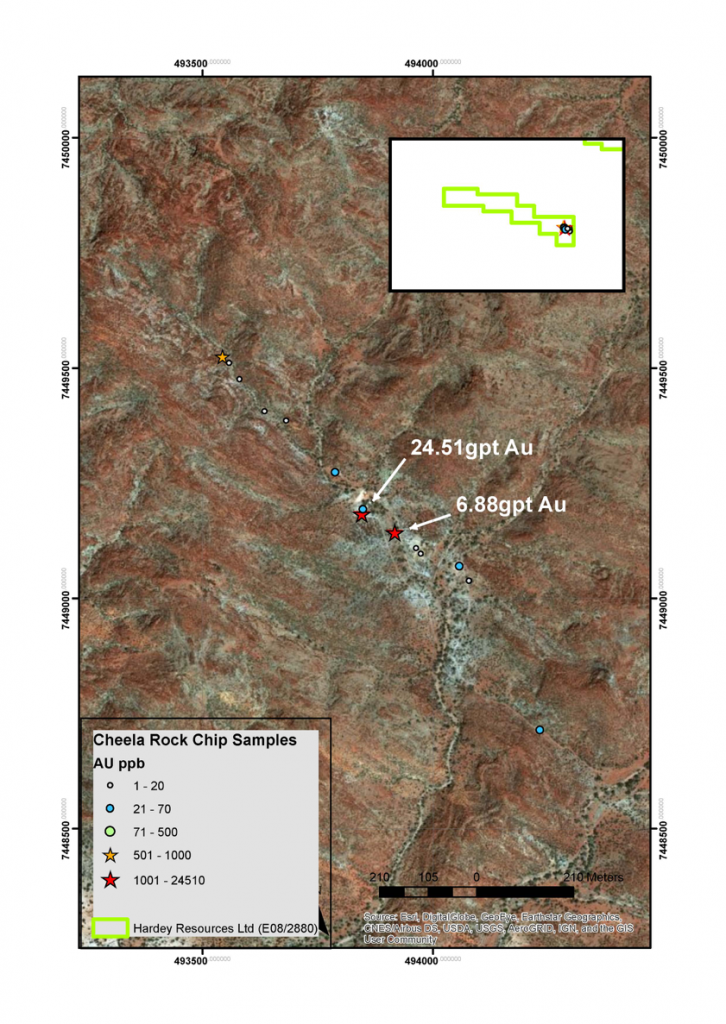 Historic work at Slate Bore, predominantly by Aberfoyle Resources, showed significant Au, As & Pb anomalies in the area. Aberfoyle recommended further work being completed, after their RAB drilling failed to explain the anomaly but further soil and rock chip sampling increased the size and quality of the anomaly to the west. As this additional work was never completed the area will be more fully investigated as a priority once access can be arranged with the pastoral owner.

These tenements were originally pegged to explore for Conglomerate Hosted Gold occurrences that had been found on neighbouring tenements by a Canadian company, Novo Resources and its Australian JV partner, Artemis Resources.

The Pilbara region has long been known to have similarities to the world renowned Witwatersrand Basin in South Africa, with age dating of fossils helping to prove the tectonic theory postulated by J. Tuzo Wilson, known as the Wilson cycle. The Kaapvaal Craton (Southern Africa), Dharwar, Singhbhum and Baster (Indian subcontinent), and the Pilbara (Australia) is thought to have existed as one single continent, referred to as Ur, prior to rifting and forming inland marine basins, leading ultimately to the supercontinent cycle of continental break-up and assimilation. The remnants of the Ur continent have contributed approximately 1.85, 0.35 and 0.1 billion ounces of gold production, respectively, or about 39% of historic global gold production, estimated to be about 5.9 billion ounces. The Witwatersrand Basin formed over a period of 360Ma between 3074 and 2714Ma. Pulses of sedimentation within the sequence and its precursors were episodic, occurring between 3086 – 3074Ma (Dominion Group), 2970 – 2914Ma (West Rand Group) and 2894 – 2714Ma (Central Rand Group). The Hardey Formation in Western Australia’s Pilbara region, host to Novo Resources Beaton Creek conglomerate gold resource, was deposited 2766 – 2749Ma.

This time period has demonstrated a great gold endowment in Southern Africa, although the deposition of gold is argued, the key fundamentals is to investigate whether other remnant Ur continents were also exposed to this large gold event and whether the age-equivalent stratigraphy in the Pilbara hosts significant quantities of gold resources, comparative to the Witwatersrand Basin. The recent success of Novo Resources and Artemis resources, along with a host of many junior explorers has renewed interest in the concept that the Pilbara too could host significant quantities of gold resources not yet discovered. Hardey are focussing on prospective conglomerate horizons of the Hardey Fomation that are the age-equivalent to the Central Rand Group in the Witwatersrand, host to 95% of the gold resources mined to date.